As of January 27, 2016, Bernie Sanders leads Hillary Clinton in the Iowa and New Hampshire polls (Real Clear Politics). Here we present how Trump hit, Hillary fired back and left the goal open for The Bern. 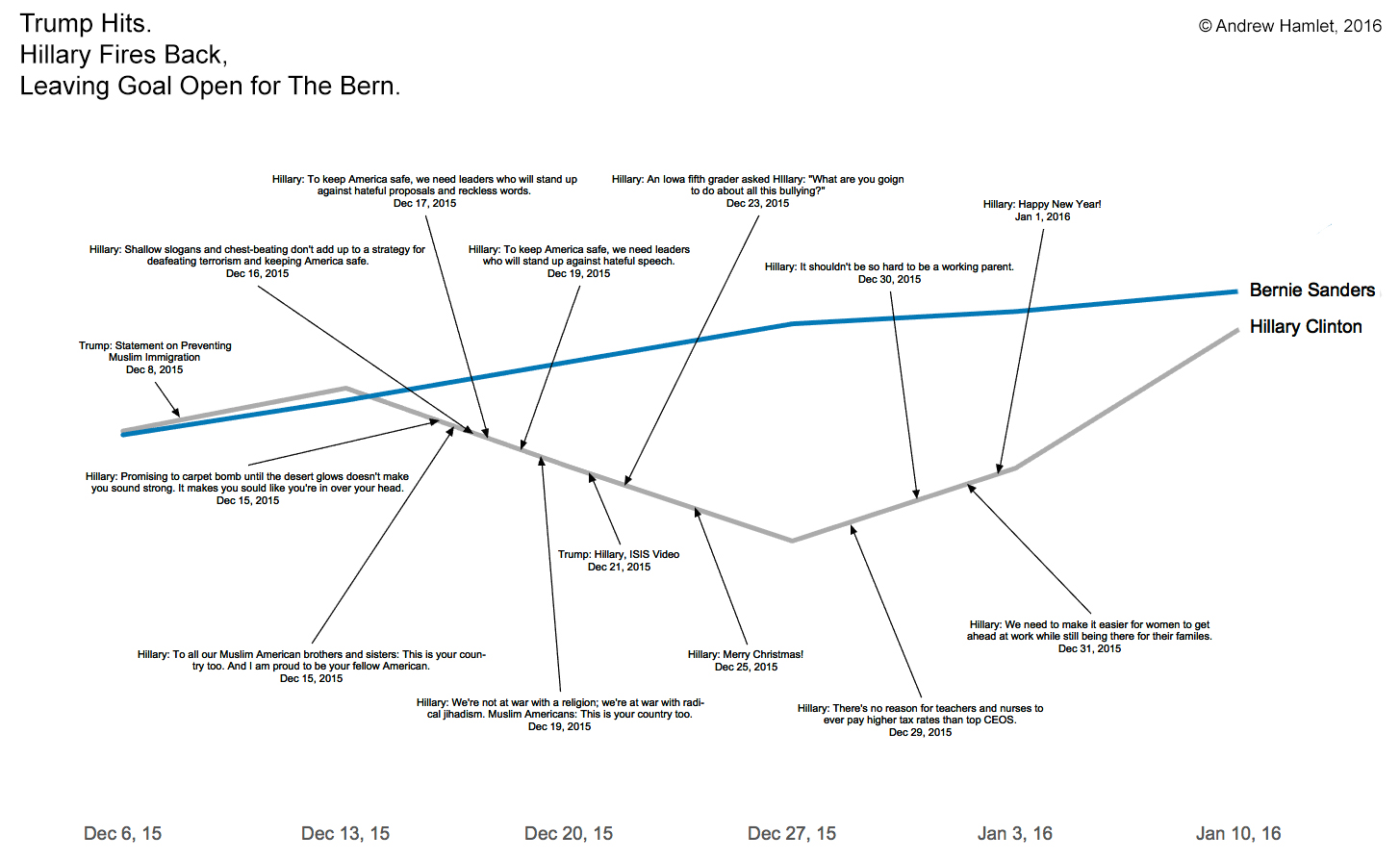 Displaying a composite score, calculated with Twitter data in a process outlined in my previous post, the visualization presents the decline that allowed Bernie Sanders to rise above Hillary Clinton.

It started on December 8, 2015, when Donald Trump released his statement on preventing muslim immigration. Over the next two weeks, Hillary Clinton would respond to Trump in a fury of statements on foreign policy, ultimately leading to her decline. And while Bernie Sanders also responded to Trump, he did not waver from domestic policy, which better resonates with the compassionate tone of both Democrat candidates. Christmas brought a change in tone for Hillary, but by this point it was too late: Sanders had already gained the lead. Here are the kind of statements on domestic policy that reversed Hillary’s decline.

“There’s no reason for teachers and nurses to ever pay higher tax rates than top CEOS.”

“It shouldn’t be so hard to be a working parent.”

“We need to make it easier for women to get ahead at work while still being there for their families.”

NYMAG just published a profile on Trump supporters and the appeal to “Testicular Fortitude”, i.e. strength. While many pages could be spent on the topic, it rings clear that the Commander-in-Chief must be compassionate at home and ruthless abroad. A word no short of “destroy” is expected in reference to America’s enemies (used by President Obama, Trump, and Sanders), especially during times of uncertainty. Hillary’s gift for empathizing with the other has made her a skillful Secretary of State, and it may have cost her The White House.

3,530 Replies to “Trump Hits. Hillary Fires Back, Leaving Goal Open for The Bern.”